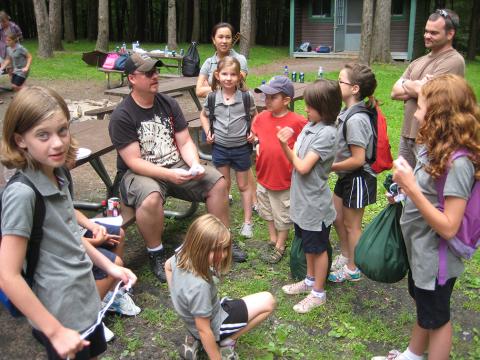 Film Location=Syracuse NY) This photo was taken of the little girls who acted in the film. They were dressed as girl scouts and were eventually murdered by the zombies.

They were a great group of girls! They were so young and yet so professional. They were on set for hours at a time and never complained once.

At first we thought that they would be terrified when we had to have them being chased by scary zombies and murdered, but they had a blast!

They loved being part of the movie.